I was happily applying my “fake” VHS or fake PAL effects to a range of pictures thinking how clever I’d been when something started to bother me.

Most images looked fine, but some looked completely wrong. For instance, the “Colour Production” text on Yorkshire Television production captions looked awful. I needed to find out what was wrong. 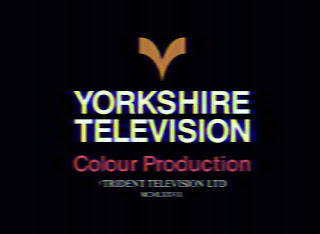 It shouldn’t actually look this bad…

I went back to Alan Pemberton’s website and after reading this page again I realised what was wrong. A PAL colour picture is composed of a high definition black and white image (which contains the luminance or Y) and a low definition colour image (or chrominance). The luminance image and chrominance images are added together to make a colour image.

In particular, I was binning far to much information for red and blue, which was the reason that things like the blueish red “Colour Production” on the Yorkshire Television caption looked far to low resolution.

I could quite easily create a PAL luminance image, like this: 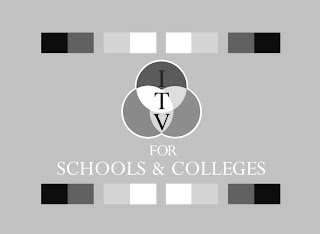 And I tried to create a chrominance image, like this one: 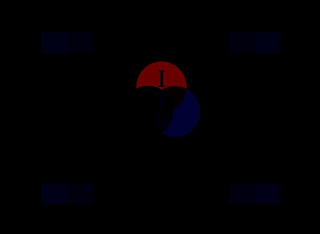 PAL chrominance image, but you’ll have to imagine the negative colours…

However, when I tried to combine them, something was wrong. 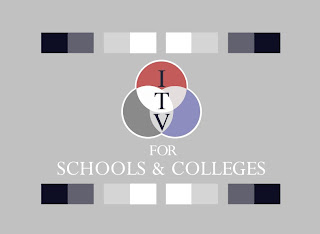 Lightspots can be too light

The answer was that for my chrominance image to work, the PNG format would need to hold negative colour values. The chrominance image is what’s called a difference image and therefore contains negative as well as positive values. Alan Pemberton explains why this is much better than I could on his site.

So, I couldn’t be completely accurate in the way I created PAL images, but I thought I could do a better job than I had been. So I fired up The GIMP and came up with this.

I load my source image and create two layers. I call the bottom one Luminance, the other Chrominance. I make the Chrominance layer’s blend mode Addition. 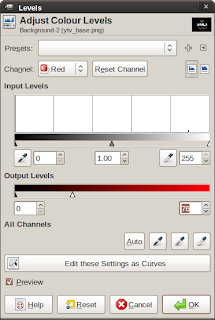 Setting the Red channel level to 76

You may notice that each pair of numbers adds up to 255. The Luminance (Y) layer values were worked out using:

As a comparison, here’s a Yorkshire television caption done using the revised technique. 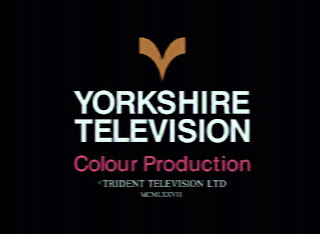 How We Used To Live – with lossy old VHS tapes

The next job is to turn my method into plug-in filters for The GIMP. Time to dig out my Python book!