Well, it had to happen sooner or later. My first documentary – my entry for the Golden Spigot of Hinton St. George:

It’s poorly made, factually dubious, and won’t tell you anything worth knowing – just like the real ones on the telly!

When I posted about my VHS and PAL plug-ins for The GIMP, I forgot to say why I originally wrote them. As I was using the VHS plug-in last night, I thought it might be interesting to explain what I was using it for.

I often find myself taking captions found on old multi-generation VHS tapes, and trying to recreate them in Inkscape (or, in the old days, in Macromedia Flash).

The trouble is that VHS changes can change the way captions appear. In particular, it changes the way the text on captions appears. This makes it very hard to match the typefaces used on captions with ones I have in TrueType, Postcript or OpenType format.

Take this caption, for example (click on it to make it bigger). 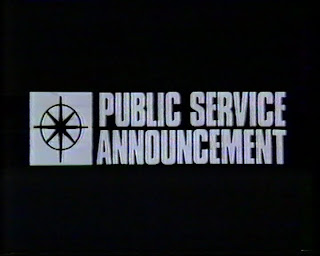 Could you help someone coping with franchise loss?

When I saw it, I knew immediately that the “PUBLIC SERVICE ANNOUNCEMENT” text was in Compacta Bold. However, when you create the caption in Inkscape it simply doesn’t look right (click on it to make it bigger). 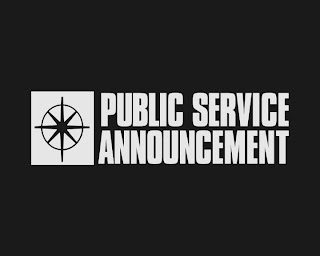 Together we can beat pipe smoking.

As you can see, the text looks so much thicker it’s almost as if I’ve used the wrong font weight. But I know that the text is not Compacta Medium – that would be far too thin. And I also know there were no other weights of Compacta available to Scraggie and his friends in the Mecanorma or Letraset dry transfer lettering catalogues in the 1970s. So what’s going on?

If I load the Inkscape caption into The GIMP and put it through my VHS filter, which reproduces the mangling that VHS inflicts on television pictures, you get something that looks like this. 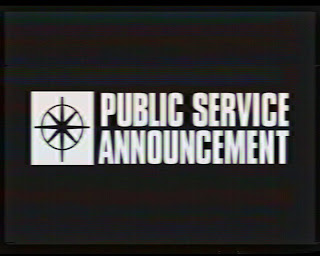 Dinage isn’t the problem it was.

The weight of the font in the caption above looks more like the original – and I’ve clearly used the right typeface all along.

The Southern Television logo is used courtesy of Nic Ayling.