If you are considering installing the Fedora GNOME 3 Beta and want to try and use it for anything vaguely useful, I’d strongly advise installing numlockx along with it. This ensures your Num Lock key is enabled by default, thus preventing you from inadvertently teaching your neighbours some new English vocabulary.

Recently, a rather nasty crash caused by the gftp FTP client locked me out of all my files and shut me out of my Desktop. The program is rather ropey and has done odd things to my computer before so I really shouldn’t have been using it.

Still, every cloud has a silver lining and since then I’ve moved to Filezilla as an FTP client (which is a lot better anyway) and become rather less blasé about making backups. 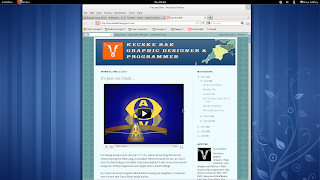 As I needed an OS reinstall I also decided to take the plunge and install Fedora 15 Beta. I’d been reading about GNOME 3 for years so I thought it was high time I tried it for myself.

Here are my thoughts so far:

The whole system feels very stable indeed and I’m using it on my production machine quite happily even though, really, I shouldn’t be!