When I’m putting videos together, one thing I often find handy is being able to turn a single PNG image into a PNG sequence. That means I can import the resulting sequence straight into Avidemux or VirtualDub and to add filters to it.

The Bash script above does that – it takes a file called input.png, and creates copies of it to make a PNG sequence of 150 frames numbered from png0001.png to png0150.png. 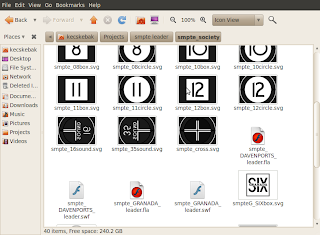