If you’ve been reading my blog for a while, you’ll know that whenever my attention turns to the Midlands it’s usually at the prompting of my friend Roddy Buxton. 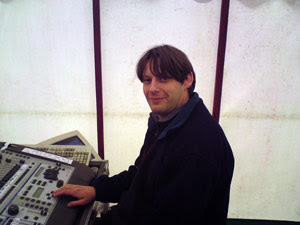 Roddy is a lighting engineer, electrician and visual effects designer. He is now based in South Yorkshire but grew up in ATV Land. Roddy’s TV career started in the Central Television film department, working as a spark on such programmes as Peak Practice and Boon.

As with Oliver Postgate, Roddy’s branching out into visual effects design happened quite by chance when a director noticed how practical he was and decided he’d be the perfect person to knock up a semi-practical suitcase nuke for a film!

In 2009 Roddy thought he’d like to have a go at creating a working replica of the ATV station clock from the sixties. As far as I know, this clock only exists as an off-air photograph in the Transdiffusion archive. 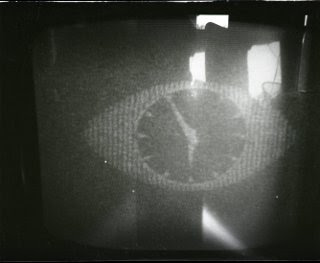 Station clocks used to be shown at numerous times during the day by all televisions stations from the 1950s to the early 1990s. Giving the correct time was not only seen as a valuable public service to the viewer, but the clock equipment was used to sync the studio’s signals with external sources. This was vital to prevent visual glitches such as this:

Roddy asked if I could supply him with the artwork in a format suitable for printing, something I was only too happy to do. I sent him two Inkscape files, one for the clock face, the other for the hands: 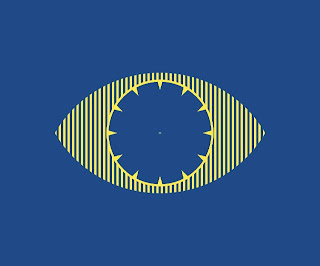 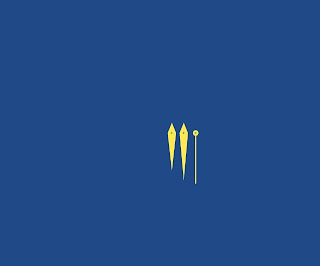 Roddy soon had other things on his mind – a new addition to his family! – and I thought no more of the model clock.

However, earlier this year Roddy started asking me questions about my Flash recreation of the BBC Schools dots. The BBC Schools dots were shown in the minute immediately preceding BBC One’s programmes for schools and colleges between September 1977 and June 1983.

In the final year the dots were digitally originated using technology similar to Richard Russell’s GNAT clock, but before that the dots were a mechanical model in the “Noddy room”. 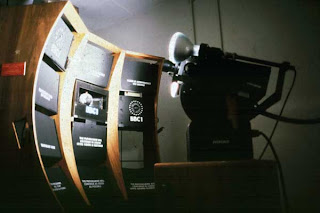 The Noddy room was a special studio in the BBC that held various mechanical models and 12″ by 10″ captions. These were captured in black and white by a remote controlled camera that used to “nod” up and down as different ones were selected – hence the name “Noddy” room. Colour was usually added electronically to the images before they were broadcast.

Roddy discussed the lighting for the dots:

The lighting for the BBC Noddy wasn’t anything specialised. It consisted of two P38 flood lamps (available from all good DIY/Electrical stores) – these are likely to have been photographic lamps – however the only difference being is the price and box they come in. They are the same voltage, wattage and colour temp. The lamps were attached to the camera, so wherever the camera was pointing that area would be lit.

So I supplied Roddy with the dots artwork as an Inkscape SVG file and I also uploaded my latest recreation of the dots in Flash to YouTube:

In May I was delighted to receive a mail from Roddy with a photograph of this prototype dots model: 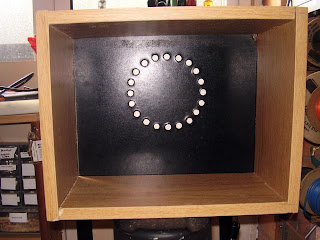 The clock face is made from hardboard; though I am not happy with the results; as the dots are not that hard edged. I think I will end up using this clock face as a template to make the actual clock out of punched steel/aluminium – that way I can get hard edged dots.

Here are some more of Roddy’s pictures of making the prototype: 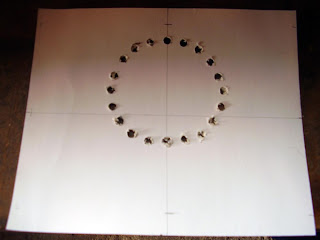 Holes drilled through the hardboard 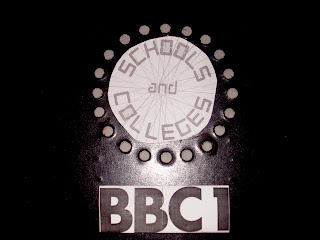 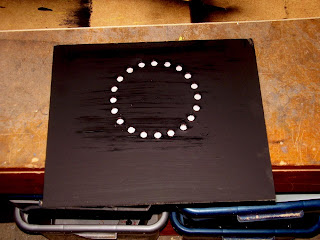 I thought the prototype looked absolutely fabulous, and by now I was looking forward to seeing the finished product enormously. I didn’t have long to wait – on the 11th June Roddy wrote to say:

The artwork for the BBC “Dots” has arrived in printed form. The company I have used did all of my printing for me for £11 including P&P, and to the correct sizes – and in a matt finish too.

And on the 6th of July I finally got to see how the final schools dots model was progressing: 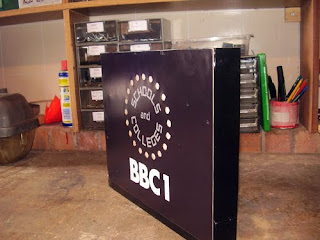 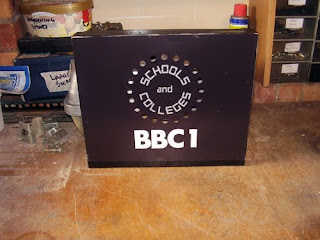 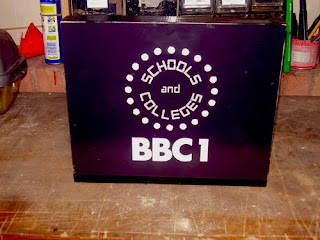 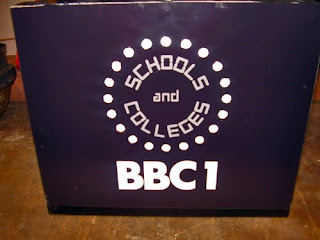 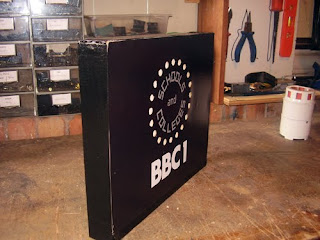 I showed the progress so far to my friend Rory Clark who summed it all up beautifully when he said:

Not only that, but Roddy had started work on something else as well! 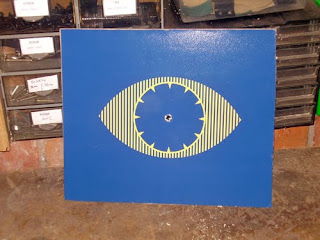 Another week and the dots will be vanishing ;-)! (Finally)

I’m very much looking forward to that. And I’m also hoping Roddy will also recreate some other models from times past – and it looks like I’m in luck!

On the “to do list” – I have always wanted a BBC Globe – so will look at that. The “Diamond” is pretty easy to do (will definitely look at that!)

Then there’s the “Pie Chart”!!

4 Replies to “From Recreations to Replicas”