If you’ve had a good look at my blog you’ll know that, though the medium may vary, it’s essentially all about me copying something that someone else has done. Badly.

This is all very well in as much as it serves to keep a useless eater off of the streets of Kiskunhalas. However sometimes, to my acute embarrassment, the original creator of something I’ve been butchering gets in touch with me. 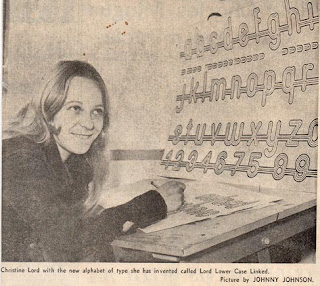 The most recent example was last week when Christine Lord, original designer of the Letraset Oxford typeface got in touch with me after reading this blog.

I was thrilled to hear from Christine for several reasons – first and foremost because she’s a lovely person, who was kind enough to send me some lovely goodies with her e-mail. 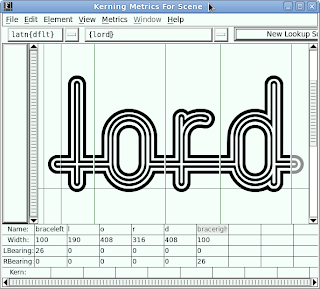 My version of Oxford in FontForge

Then there’s the fact that I’ve never been in touch with a type designer before, let alone someone who had designed such an iconic part of my childhood.

And finally my blog allowed Christine to get Profonts‘ Sportowy font renamed as OXFORD PF and to get herself a well deserved credit as the typeface’s original designer.

Thanks to Christine I can fill in a little more of the background behind the Oxford typeface. The face was designed in 1969 when Christine was 21 as a special project to create a corporate identity for the new Oxford Polytechnic. The face was originally called Lord Lower Case Linked, but was later renamed Oxford when picked up by Face Photosetting. It was then made available as dry transfer lettering by Letraset. 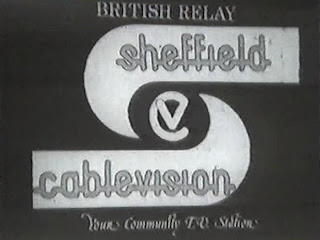 Another use of Oxford

I’ve also come across another example of Oxford being used, this time on the excellent TV-Ark website. It was used for Sheffield Cablevision, a short lived but very popular Yorkshire cable station. It’s worth taking a look at the link as the station featured a presenter with a truly splendid comb-over.

If you are daft enough to want to get my version of Oxford, which I called “Scene”, it’s available for download here. Windows users will need to download the excellent (and free) 7zip utility in order to unzip the tar.gz file.

My version of Oxford features an upper case but, mercifully, I don’t think Christine has seen that yet!