Regular readers of this blog will no doubt have been bored witless by my endless posts about the creation of a TrueType font based on the output produced by the BBC analogue character generation system Anchor.

Although I was very happy with the end result, I was aware that when compared to one famous example – the BBC’s coverage of the General Election of 1970 – it didn’t look quite right.

Here is an example image taken from this video – apologies in advance, as the quality is appalling: 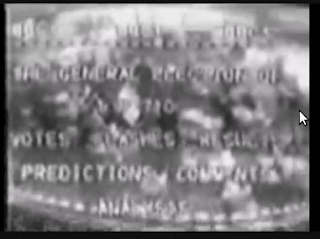 The characters looked fatter – squarer – than they did on my version. I was curious to know why.

Whilst browsing the internet for something else entirely I happened to come across a BBC .pdf file from January 1973 that explained what was going on:

“The addition of the lower-case facility has involved a change in the format of the display from 14 rows of 25 characters to 12 rows of 32 characters. This has been necessary to accommodate the descenders of such characters as ‘y’ and ‘g’ whilst preserving the appearance of the character set.” BBC Engineering Design Information – 10168(1).JAN73.ECG.

So, here is how Anchor would look before January 1973: 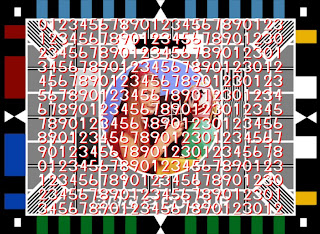 And here is how it would look after January 1973: 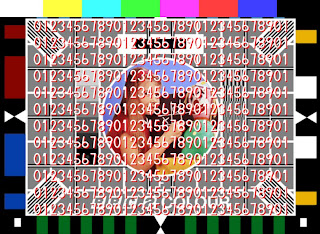 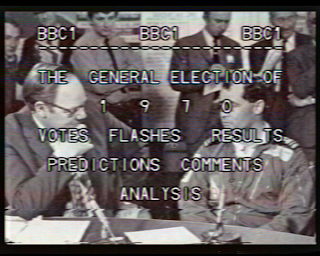 So, imagine you are doing something with Anchor.ttf on a 720 x 576 image that is supposed to be from pre-1973. In that case use Anchor at 41pt, stretched horizontally by 128% with 85% line spacing. And you mustn’t use any lower case!