A few months back Roddy Buxton asked if I could do him a favour. His son had a school project about “the 70s”, and one of the things they were doing was making a 70s style news programme. As Roddy is from ATV land, that had to mean ATV Today. But in order to make the video authentic, Roddy wondered if I could recreate a section of the ATV Today set to key in behind his son on the video. 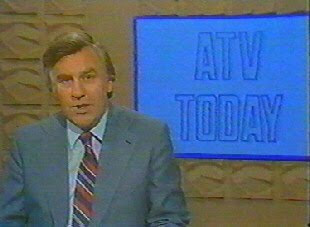 I knew exactly the set he had in mind. It was the lovely beige one with an abstract geometrical design. If ever a set designer managed to capture the essence of the seventies current affairs in one set, this was this one. I managed to get a couple of pictures from Jase Robertson’s site sub-TV.

At the time, I had mislaid my serial number for Swift 3D version 5, so I couldn’t do this in 3D – which would have been the logical way to tackle this job. So, I fired up my trusty copy of Inkscape, and tried my best to muddle through using that.

All I did was take the best screen grab I had to hand (which, sadly, weren’t as large or as clear as I would have liked) and trace one square section of the design. 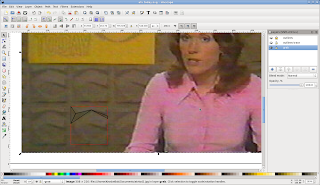 Tracing the set in Inkscape with Margaret Hounsell

I then used gradient fills to create the 3D effect. I’ve found watching “Paint Along With Nancy” a great help with colouring in vector designs. I use Nancy Kominsky’s technique of using three tones (light, medium and dark) and using purple for low-lights and lemon yellow and white for highlights if necessary. Nancy knows her stuff – it works! 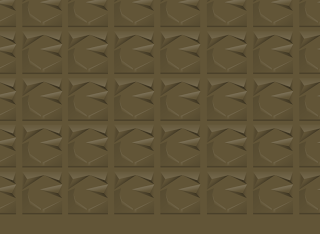 After exporting the resulting SVG file as a PNG I used the GNU Image Manipulation programme (otherwise known as The GIMP) to finish the job off. I adjusted the colours to match the image, blurred the image slightly so it would be slightly out of focus, added a tiny bit of HSV noise and then a very slight lens distortion completed the job. 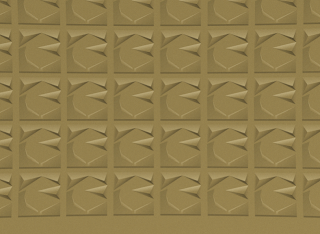 After GIMP-ing, the end result

I’ve included the images I created at full size in this post, just in case you want to have a go at being Reg Harcourt or Derek Hobson and report on strikes at British Leyland in the comfort of your own home. Just click on them to enlarge.