The documentary “The Bob Monkhouse Collection” documents how the Kaleidoscope organisation catalogued and archived the incredible archive of films, video tapes and sound recordings collected by the late Bob Monkhouse. 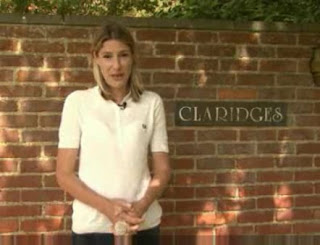 The documentary was presented by Liz Barker, the Charles Wheeler of Blue Peter presenters, and was put together by my friend Rory Clark, the Lord Derby of Farcical Films. Rory asked me, the David Blunkett of graphic design, whether I wanted to put together a title sequence for it.

As time was getting short before the event, I thought the best thing to do was do dig in my bag of animations and see if I could adapt something I had already done. The Bob Monkhouse collection encompassed television, radio and cinema. So my main concern was finding something that could evoke all three media.

I remembered an animation I had done some time ago for another archive organisation, Transdiffusion. Chris Bowden-Smith of Transdiffusion had asked me to recreate an ABC Television start-up sequence from the late 50s, and I thought this could be just the thing I needed.

ABC Television was the weekend television contractor in the Midlands and North in the 1950s and 60s. They were set up by the Associated-British Picture Corporation, who were a company that both owned cinemas and made films. Their 1950s start-up sequence had radio waves, a cinema projection effect, and had a logo that would have been very familiar to television viewers tuning in to programmes such as “Oh Boy!”. 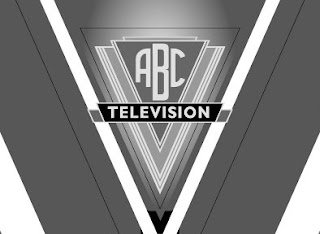 Much more fun than Granada

I simply replaced the “ABC” lettering with “BOB”, added the word “Monkhouse” in my B12JP typeface and added “The” and “Collection” in the face Forte. 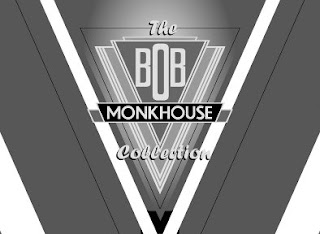 Much more fun than Norman Vaughan

Rory was very happy with how the sequence worked, and thought the logo was so nice he wanted it as a badge for the end credit roller. Therefore he needed just the logo on a transparent background.

Much more fun than Charlie Williams

I exported it the logo from Macromedia Flash 8 as an Adobe Illustrator file, then converted that to an Inkscape .svg file using the uniconvertor tool method I explained in a previous post.

One Reply to “The Bob Monkhouse Collection”