As you probably know if you come here often, recently I’ve been helping out my friend Rory Clark by doing some graphical odds and ends for three documentaries he was making for the “Bob’s Full House” Kaleidoscope event at BAFTA.

One of the things Rory asked me over the phone was whether I could knock him up an endcap for the documentaries that would credit his company “Farcical Films”. Rory was quite firm over the phone that he wanted something very, very simple and didn’t want any animation.

I was equally firm that I wanted him to have some animation as I thought he was being far too modest and thought he needed to blow his own trumpet a bit more.

So what I came up with was a bit of a compromise – I would do him a little silent animation in muted BBC Co-Production endboard style.

In actual fact I already had an animated ident for Farcical Films that goes back many years that never actually got used for anything and I thought it was about time it got dusted off and used.

In the distant past I was living in the village of Mélykút on the Hungarian/Serbian border and watched an awful lot of Croatian (HRT) and Serbian (RTS) television. This was because they showed many English programmes with subtitles whereas in Hungary they dub everything – badly. I got quite familiar with their presentation, and one of the RTS idents back then started off with EBU colour bars and resolved into the RTS logo. As a television presentation fan I thought this was fantastic idea, and definitely worth pinching.

So I created a “Farcical Films” ident using this idea for Rory. It was also an learning exercise for me in Swift 3D, which I had just started using for the first time. Swift 3D is an incredible program that creates vector 3D, and can export in .swf format. It also features a number of nice features to make very small 3D images which are excellent for web work, and also a number of options for “cartoony” 3D for 2D animation use. I used it for many jobs over the years and if you’ve never used a 3D program before it’s an excellent one to start with due to its ease of use and high quality of its documentation.

I started with what looked like colour bars, but were the Farcical Films letters arranged in a line end on. 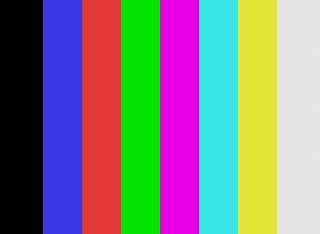 I then animated the letters into place, whilst making them white. 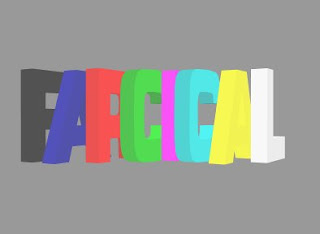 I finally faded on the word “FILMS” to produce the Farcical Films logo. 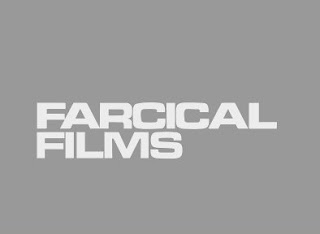 As Rory obviously wanted something more muted, and so that Kaleidoscope got their credit too, I created something a bit more BBC. 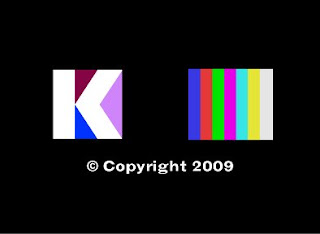 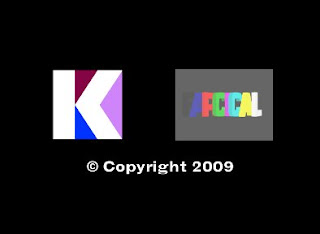 And the logo is revealed. 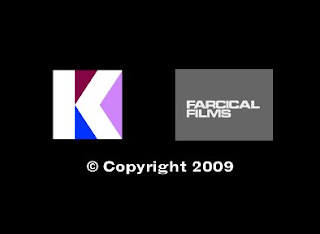 I speeded the ident to double speed so it would run at 50fps. This meant that both the animation was short and sweet (under 3 secs) and that Rory could interlace the animation to get smoother movement, which is something he is always keen to do when possible.