Sometimes, despite trying your best, you can still get things incredibly wrong. Seven years ago I wrote an article for Transdiffusion called “Granada writes…“. I tried really hard with the article to research it and back up what I wrote but it’s full of errors.

There are several incidences of me saying Venus was used on this caption or that caption when the font employed was actually one of the “grots” or Grotesque fonts. 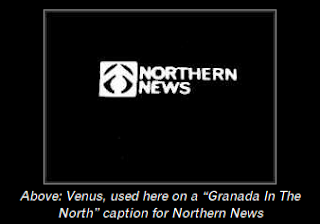 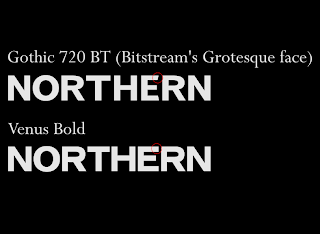 It should have been obvious that Granada’s Northern News was grotty.

There’s a whole article to be written about the use of grots in 60s and 70s television – but probably not by me, or it would be full of factual errors!

However, the most grievous and embarrassing error was that I said that the Granada corporate face from the 1968 was Clarendon Bold. It’s actually Egizio Bold.

The give-away here is the fact there are curves rather than right angles inside the R and the D (click on the picture to enlarge). 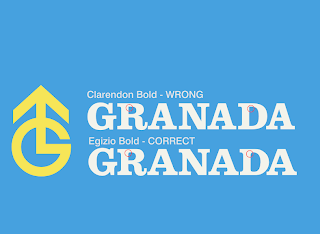 Egizio was designed by Aldo Novarese (1920-1995). He also, with Alessandro Butti, designed Microgramma and Eurostile. These two faces would also play an enormous part in television presentation in the late sixties and early seventies. A good list of Novarese’s other faces can be found here.

If you want to get a good starter collection of typefaces that were used on television in the 1960s and 70s including an excellent version of Egizio (called E710 on the disc) then you could do a lot worse than invest in the SoftMaker MegaFont XXL 2.0 CD. Although the price (45 Euro) and number of faces might suggest low quality, I’ve heard a number of people claim that many of the fonts on it are not only historically important and unavailable elsewhere but many of the others are more faithful reproductions of the originals than those offered by the big name font sellers. As soon as I get the money I’m certainly going to invest in a copy.