Dave Moore of Retro Software asked me if I knew which fonts were used on the old Acornsoft releases for the Acorn Electron, and whether I could produce a mock-up cover in this style. There were several examples on the site “The Stairway To Hell” in the Cover Scans section, such as the one below, but they are all quite small. 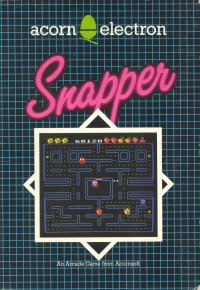 One of the most important rules when you are given something to copy is “rubbish in rubbish out”. If you only have a low resolution scan to work with it simply isn’t worth spending a lot of effort trying to get it right – with small source material you will always be guessing to some extent.

So the idea was simply to see if I could get the general idea right – I could spend time getting things exact later. So, with that in mind, I fired up Inkscape and had a go.

For a start, it was difficult to get the spacing of the grid just right as the artwork wasn’t even particularly flat on the scanner. Fortunately Inkscape has a nice “Render Grid” feature that can produce a grid in seconds. 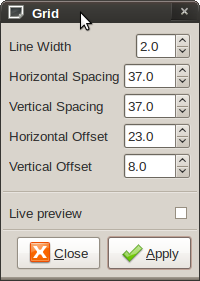 Used this on the Central News caption too.

The Acorn logo was too small to see properly, so I just used one I produced for another project. If I had a decent sized scan I’d produce the logo from scratch.

The slab serif font for the Acorn Electron namestyle could have been one of several slab serif faces. If you look at the illustration below, it’s the letter a which tells you which one is the closest match, and that was Rockwell. I’m still not convinced I’ve got the right font yet, but again I won’t bother looking for an exact match until I have better source material. 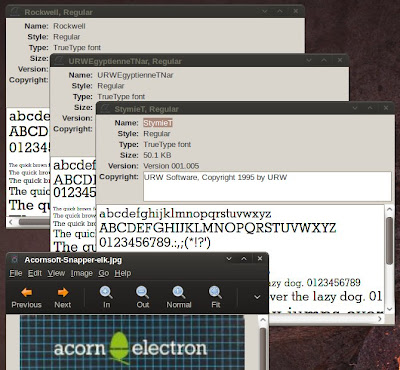 The “handwriting” font used for the game title is something I’m a bit more certain of. It looks like Freestyle Script Bold from Letraset. 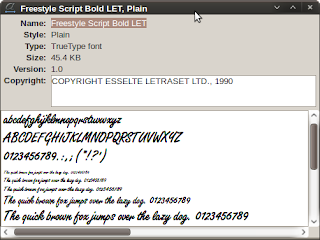 Mick Robertson’s Freetime used this one too…

After I applied the game title, I angled it and added a glow. But it still didn’t look right. I made a copy of the game title on the layer below, made it the background colour and then used the Path Outset function in Inkscape to make a nice dark border around it that helps to highlight the glow. 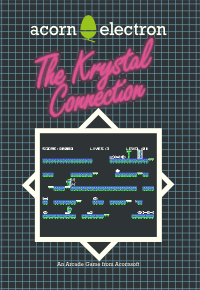 What would this fetch on eBay, I wonder?

What I ended up with was certainly close, but with a better scan I should be able to get the cover perfect.